Where it all began…

In 1978, EL PASO DEL NORTE was reborn as VIVA! EL PASO, with a new production concept, energy and director —Hector Serrano. He conceived, staged and directed VIVA! EL PASO, which has entertained audiences for close to four decades.

In 1979, the second season, Mr. Serrano wrote: “There’s nothing else around like VIVA! EL PASO. Quite often our biggest problem is finding a ‘label’ for the production. VIVA! is an ‘outdoor drama,’ but it isn’t. VIVA! Is a ‘pageant,’ but then again, not quite. It’s an ‘historical drama,’ but it’s not; and it’s an ‘outdoor musical,’ (and, once again, not).

The next season he wrote:

“VIVA! EL PASO remains the greatest challenge of my lifetime. Paying homage to the Great American Southwest, providing local talent an opportunity to shine, developing a creative, entertaining, and a highly cultural production … such is the stuff this show is made of, and just like dreams, it does come true, every summer. I hope you enjoy it again, and again, and again.”

Through the years VIVA! EL PASO has not only entertained and captivated audiences from El Paso and the surrounding region, but has thrilled visitors and newcomers to our area as well. Many of El Paso’s finest performing artists have spent summers as ensemble members, directors, designers, choreographers, and technical crew. As Hector Serrano stated in a 1980 magazine article titled, “Promoting the Arts,” “VIVA! EL PASO continues to grow and change each year. … The secret to the success of VIVA! EL PASO is that it offers entertainment for the whole family.”

Going on our 44th season it is still true…“There’s nothing else around like VIVA! EL PASO”!!

Looking forward to seeing all of you in McKelligon Canyon this summer! 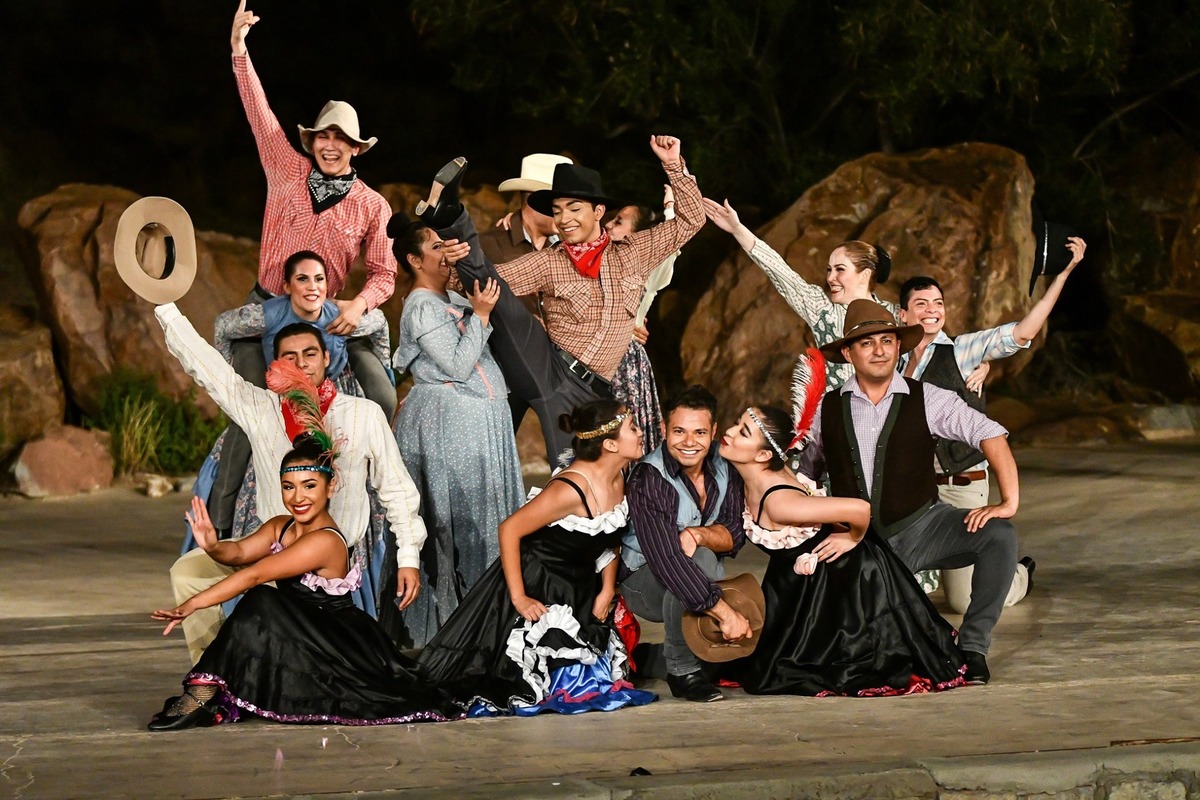